Literally translating as “pure life”, if there were an official national motto of Costa Rica, this is probably it. At the end of your trip seeing the wonder of its places and its people, it will be your new favorite expression. Pura Vida is a saying that identifies a Costa Rican wherever he or she may be. When you say Pura Vida, the facial expression of the person changes, they smiles. It is a very significant word for Costa Ricans, who make us remember their hospitality and beauty.

In Costa Rica we welcome tourists with open arms, no matter what you are looking for either adventure or relaxation; beaches, mountains, rivers or volcanoes … We invite you to share the wealth of nature in this tropical land full of contrasts. “

Naturally Pacific Costa Rica, is synonymous with peace and democracy, it became the first country in the modern world to constitutionally abolish its standing army in 1948 and is today proudly the oldest and most stable democracy in Central America. Thirty-nine years after the declaration of peace to the world of Costa Rica, one of his political “Peace with Nature” it has inspired many Costa Ricans to look further its environment, which has given great satisfaction to be those living with more trees per capita and per square kilometer than any other country in the world. Costa Ricans are also among the most enthusiastic tree planters in thr world, enriching the landscape with a few million trees each year.

With a diverse and varied climate, Costa Rica can be divided into several climatic zones, each of which are different. Costa Rica has no real winter period, and the sun shines here for almost the entire year. With over 12 hours of sunshine a day, the sun rises at 5 am and sets at 6 pm in most months of the year. The main reason for the difference in the climate of Costa Rica are the different elevations in different parts of the country are located Geography

The highest point of the country is Cerro Chirripó (3,820 m / 12,532 ft) and is the fifth highest peak in Central America. The highest volcano in the country is the Irazú (3,431 m / 11,257 ft) volcano. Costa Rica also comprises several islands. Cocos Island stands out because of its distance from mainland (480 km off the coast of Puntarenas), but Calero Island is the country (151.6 km² / 58.5 sq miles) largest island.

23% of the country of Costa Rica is protected. Costa Rica is considered one of the 20 most biodiverse countries in the world. Its geographical position, its two coasts and its mountainous system, which provides numerous and varied microclimates, are some of the reasons that explain this natural wealth, both in terms of species and ecosystems.

Unlike many of its Central American neighbors, the population of Costa Ricans is 4.3 million.

For this and many other reasons Costa Rica is the place chosen by many to vacation. Finca Exotica is located in Carate, Osa Peninsula a paradise destination where the lush forest and the beauty of its beach will give you incredible adventures and memories that will make you fully understand that Costa Rica is a standout in the panorama of world tourism destination.

We are waiting for you!

What you can read next 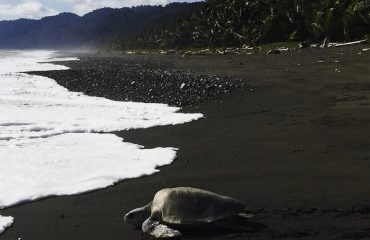 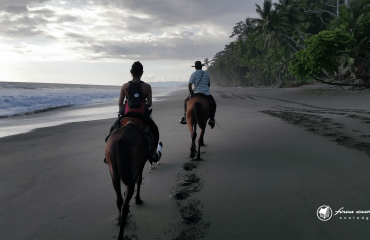